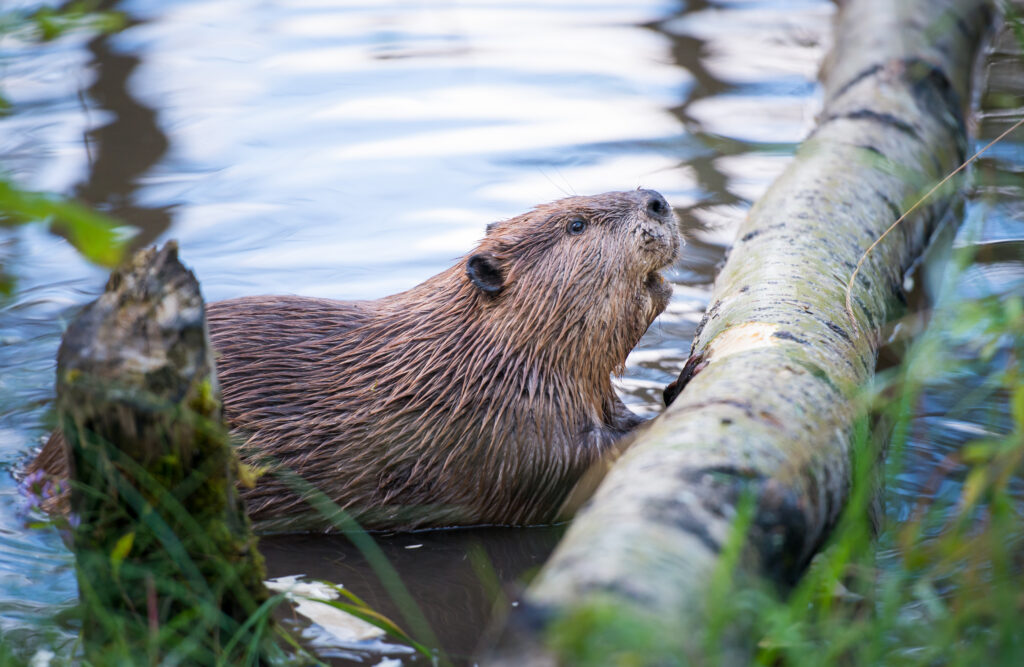 Exmoor beavers are the heroes we need right now

Beavers are back, and they’re saving our ecosystems.

If you headed down to Exmoor today, you’d be one of the first to see a beaver dam on this site in more than 400 years.

Beavers were hunted to extinction in the UK in the 16th century, valued for their meat, fur and scent glands. Their successful reintroduction to the Holnicote Estate in Exmoor builds on similar trials that have taken place across Britain over the past 20 years.

After closely following the return of beavers to the River Otter in Devon, the government is now consulting on a strategy for the management of beavers in the wild. Many are hopeful for further releases of the cute, semi-aquatic rodents in the future.

But just why have beavers become our new national darlings?

The Exmoor beavers, currently contained to a 2.7-acre enclosure have been hailed as ‘ecosystem engineers’ after essentially constructing a wetland on the estate, boosting its biodiversity. Furthermore, the presence of beavers has been found to improve water quality through the trapping of sediment, nitrogen and phosphorus in their dams.

Human communities also have a lot to gain from the presence of beavers in the locality. With climate change leading to more extreme weather events, beavers have an important role to play in the prevention of flash flooding. Their dams can help reduce the risk of flooding lower down in river systems by storing and slowing the flow of water.

The gradual return of Britain’s beaver population ties in with the wider idea of “rewilding”. A concept that’s growing in traction, it refers to the large-scale restoration and repairing of our ecosystems, then letting nature take care of the rest.

The reintroduction of lost species is one element of rewilding that draws a lot of attention, often culminating in fears of wolves wandering through the back garden! While predators garner the headlines, the restoration of lost species can help re-establish natural processes and encourage ecosystems to flourish.

Introducing native livestock such as cattle and ponies to make up for lost herbivores would be quite a straightforward process in terms of red tape. Other species including insects and birds would return once natural habitats were restored – some areas of the British countryside have been referred to as “sheep-wrecked”!

More “formal” reintroductions come with help from elsewhere. A Polish zoo managed to save some of the last surviving bison in Europe, their descendants have been reintroduced to Poland, Romania and Bulgaria. Excitingly, 2022 should see them coming to a large enclosure in Kent. The first wild bison to return to the UK in 6000 years!

Just how far back should we look? In the past Britain has played host to a whole range of impressive megafauna from the woolly mammoth, to straight-tusked elephants, to cave lions. With our advances in science the revival of extinct species is no longer beyond the realm of fantasy. I wonder if the Exmoor beavers would fancy a woolly rhinoceros as a neighbour.