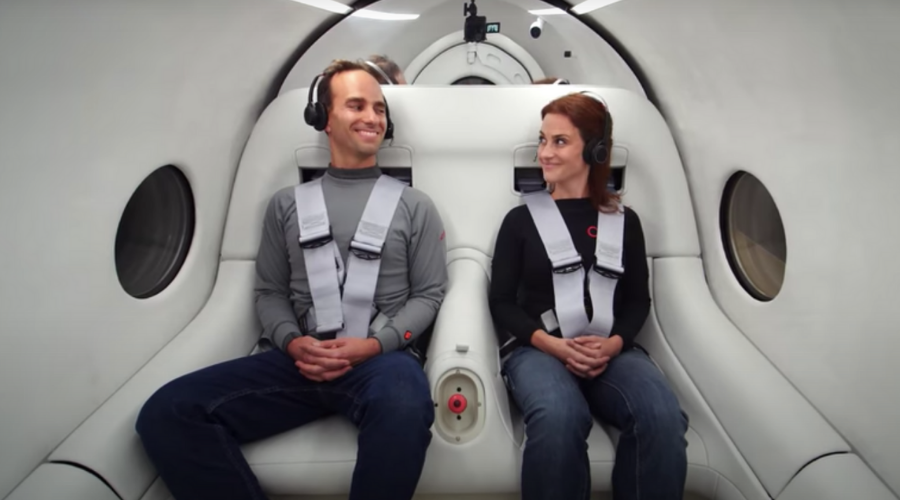 Would you take the hyperloop?

Amsterdam to Paris in 90 minutes. New York to Washington in 30 minutes. The first successful passenger test on Richard Branson’s Virgin Hyperloop have brought these lightning journey times one step closer to reality.

To put it into context, that’s twice as fast as a commercial flight from Washington to NYC, and four times faster than a high-speed train could cover the 200 odd miles.

Virgin are not the only company working on the implementation of this concept but they are the first to carry passengers along their test track, making transportation history.

The potential benefits to the hyperloop are wide-ranging. As well as the reduction in travel times that could “connect cities as if they were metro stops”, the hyperloop would be environmentally greener and emission free, and as an automated system, safety-wise there would be a reduction in human error.

But could safety, or the perception of safety, prove a sticking point in the widespread adoption of the hyperloop?

Even though statistics abound concerning the relative safety of air travel compared to driving or even taking the train, for someone with a fear of flying, the feeling is visceral and doesn’t necessarily engage with our rational brain.

An AAA survey carried out in 2019 revealed that 71% of American drivers would be afraid to ride in fully self-driving vehicles. And this number was up from 63% in 2018. Would there be a market for the hyperloop’s driverless pods? Do we have enough faith in technology to safely hurtle us through a vacuum tube?

What would it take to normalise this form of transportation? Some Victorians believed that the rattling motion of the train caused injury to the brain and violent outbursts in passengers. Taking the first tube journey must have been terrifying!

Are we able to adapt and evolve in our behaviours much more quickly than we give ourselves credit for?

Or perhaps young people will prove the core passenger market of hyperloop travel? On the whole the younger generation are much more attuned to the environmental crisis and a need for change, and as digital natives may be less wary of new, ultramodern technology.

But could young people be priced out of this super high-speed travel? In the past Richard Branson has suggested that a seat would cost “no more than a high-speed trainline ticket”. Let’s hope there are some off-peak discounts!

So maybe we’re missing a trick over here in the UK? Should we be investing in HS2 when this technology may soon be obsolete? London to Edinburgh in 45 minutes sounds pretty good to me! As long as I don’t read too much about vacuums…